I made a zine

I've been wanting to make a zine for awhile now. Especially when I came across Bubble Sort Zines and Julia Evan's Wizard Zines collection ranging from command line, linux, networking, http, bit and latest one is "How containers work". I missed a zine workshop by Grrrlzine when they visited Dublin last year as part of the Irish Literature Festival.

Ever so eager, I wanted to run a zine-making workshop as part of LoveLaceSpace but timing didn't work out....

Until a recent email from Science Gallery Dublin and it had a How to Maker a Zine in its newsletter. It was a Friday and I though... "Huh, why not!! 🤔😎💪"

Followed the instructions (click on the pic in the Science Gallery post 👆), that's where the scissors comes in, just for a quick snip.

💡 I know, it'll be a perfect companion for my Maker project, "Print your own adventure game". 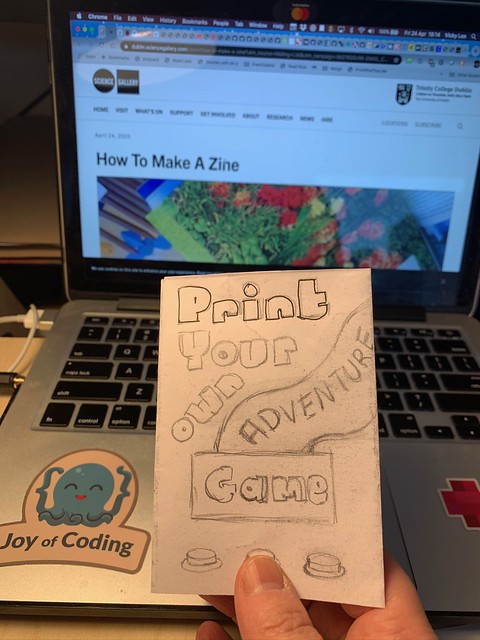 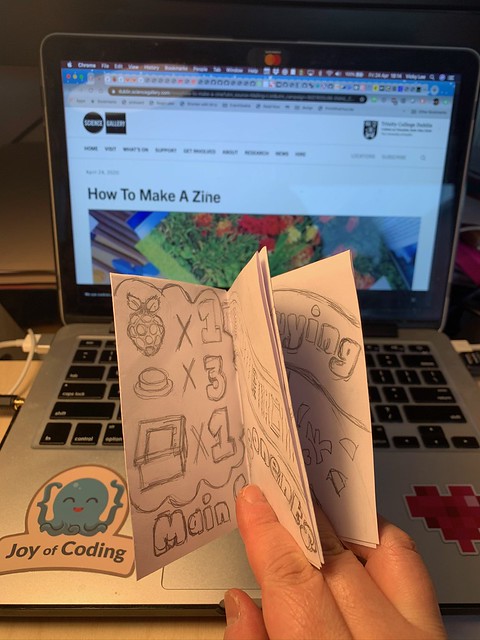 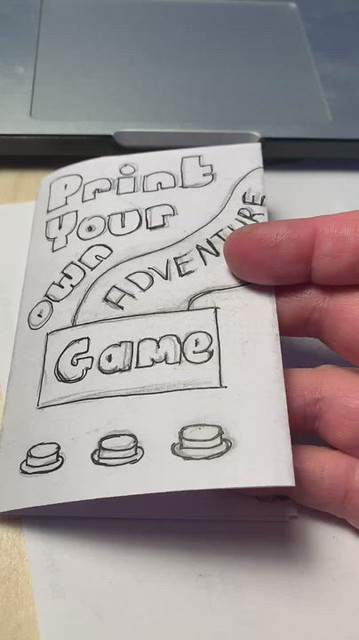 👆 The finished 1st attempt before I coloured it in. 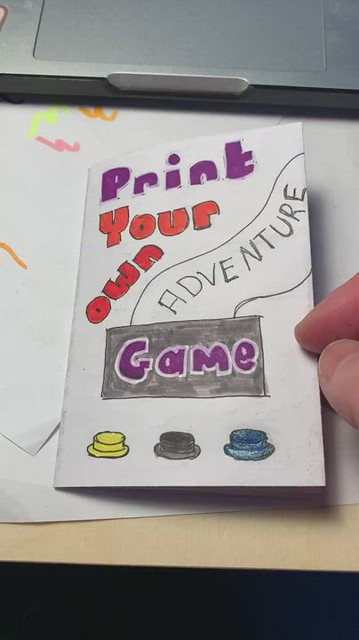 👆 This is after I used markers and coloured it in.

Before I coloured it in, I inked it with a black pen (muji oil-based, 0.5mm). I wasn't very happy with the results. They were cheapo markers from LIDL (I think), and wasn't very clean, erasing the pencil marks left it really grubby.

Next - let's digitise it!

🤔 So I thought what if I scanned it in and then re-ink and colour it digitially on my iPad Pro with Procreate. My recent foray back in to drawing and use the iPad with Procreate properly instead of watching videos/movies got my artsy creative brain ticking. 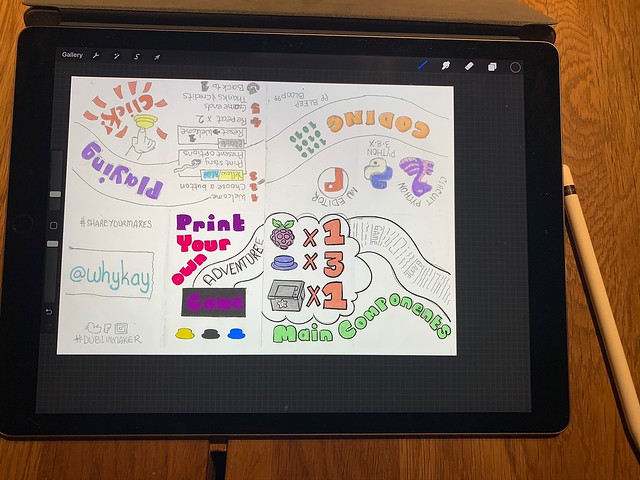 Now at this point, I thought it's all done and dusted. First of all, it was not quite centred and it was all a little off after folding the zine, things were not where they seemed or cut off. 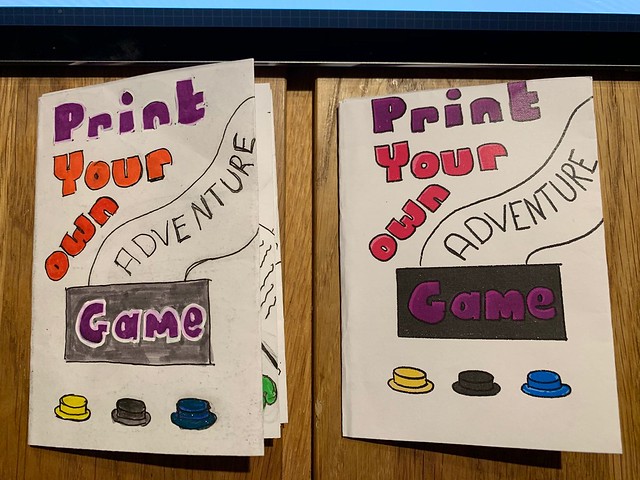 It was much better this time after folding it. It's a bit of trial and error. 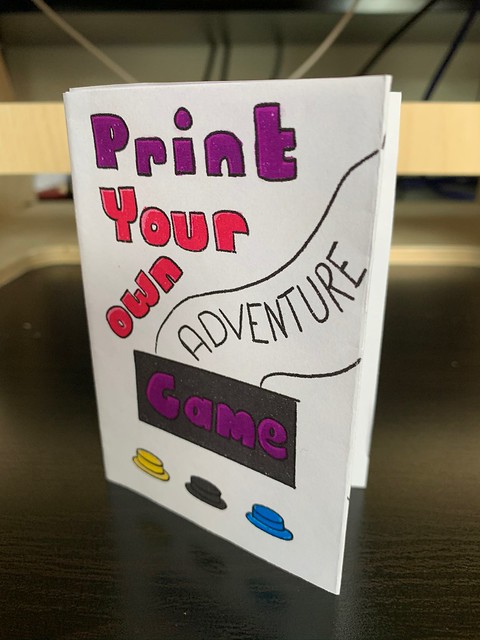 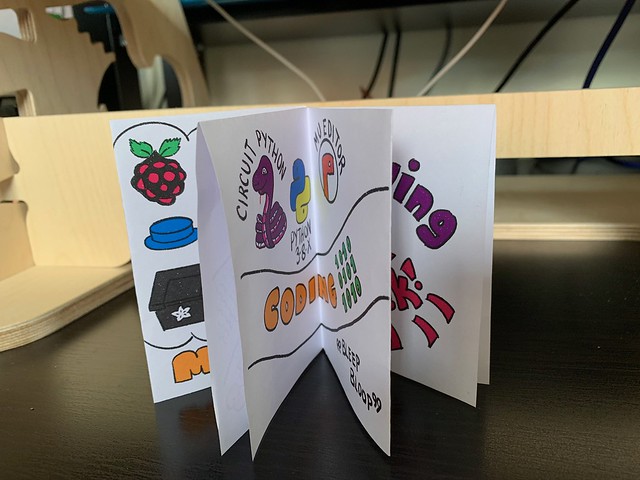 Now I was not happy with just the flat colours, why not add a tiny bit more details to bring out the chunky headings on each page. 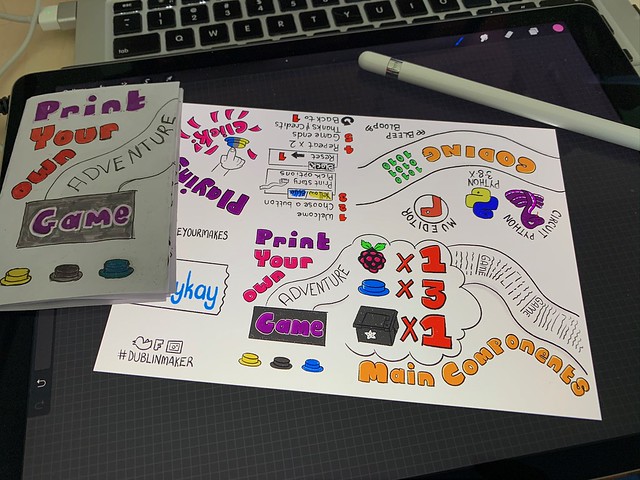 I'm super pleased with the results. I'm still learning to finish details, so it's not for this zine as I don't want it to look perfect, I'll leave that to my next digitial painting project. 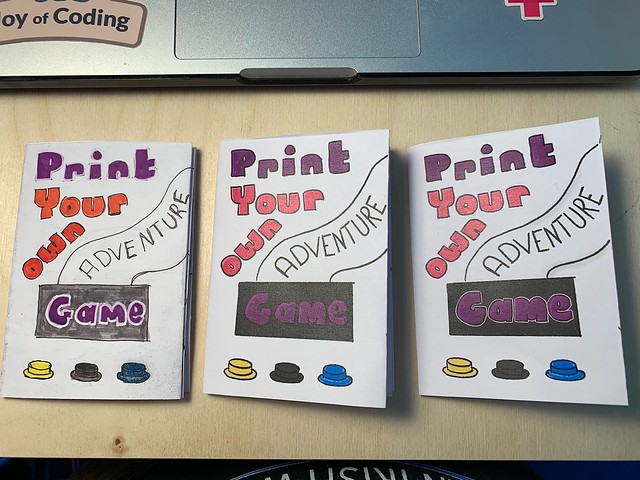 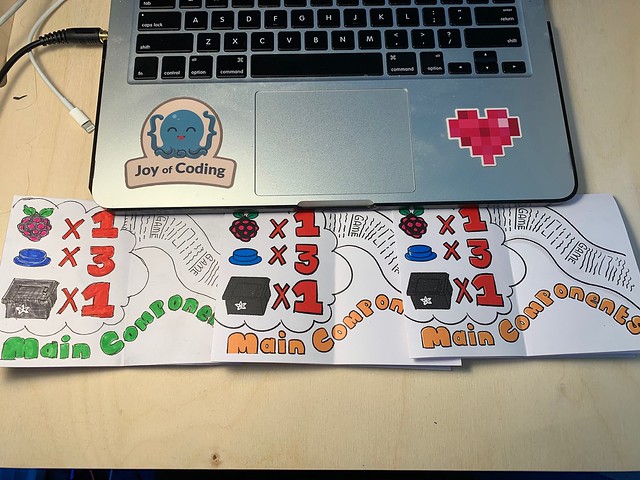 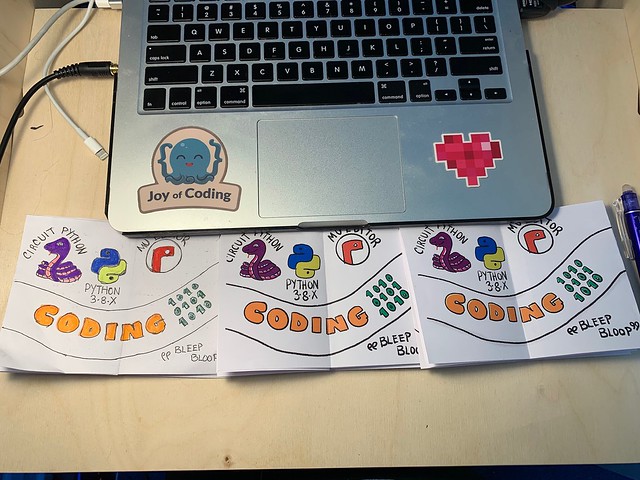 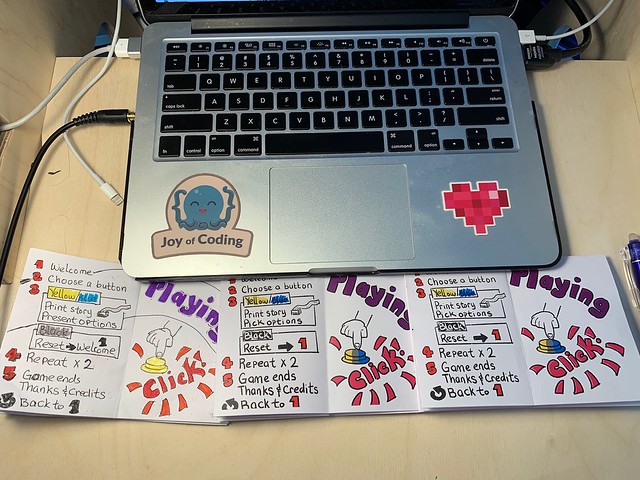 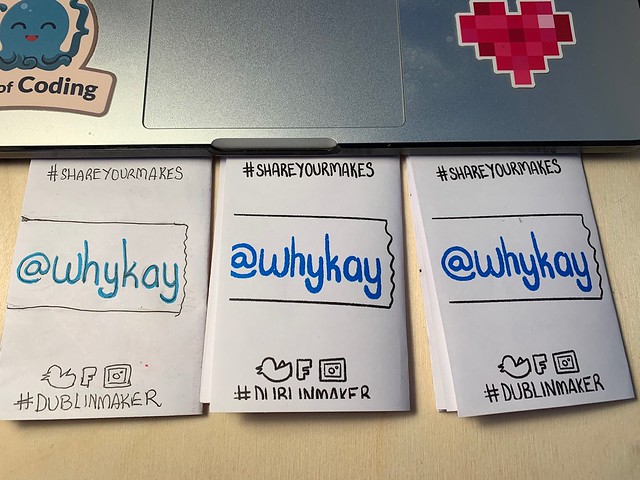 Here's my final demo of the finished zine: 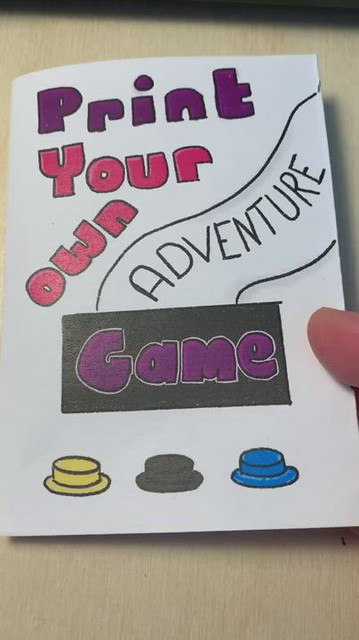 Finally, I hope everyone is safe and well in this extraordinary time, let's keep making, sharing and connected!