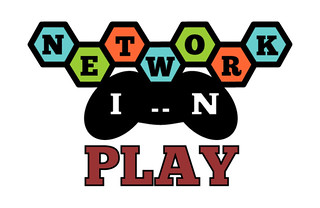 You have probably observed it. Women can be pretty rare at games events. The Irish games industry is not unusual; this is a pattern observed in many countries. Stats for the games industry in the UK and the US usually put the proportion of women across all occupations at around 10%.

So, can we do anything about this? The ReFiG project thinks we can. Funded by the Social Science and Humanities Research Council in Canada and involving academics, activists, and students in Canada, North American, Britain, and Ireland it aims to document inclusion initiatives, share experiences, and design new initiatives aimed at educators, the industry, and the general public.

The network is particularly concerned with recent events where women and the LGBT community have been harassed, threatened, and abused online for criticising representations in games. But discrimination doesn’t have to be this overt. A range of behaviour can make both online and offline environments uncomfortable for people. Casual sexism, racism, and homophobia are all too common. The victims often do not want to make a fuss. People might turn up to events once, but then they disappear.

If we are really interested in improving the diversity of people in the industry, on college courses, and at events, we need to examine our methods of promotion, and turn a critical eye to the cultures and environments we create. This is not about turning women or men into gamers; rather, this is about making game cultures more inclusive.

In this short feature, we want to introduce our Network in Play project, which has had pilot funding this year from the Canadian ReFig project. Network In Play involves two academics at Maynooth University and a range of partners in other institutions. We hope to grow this network over time, but our current list of supporters are listed below.

Our first activity was to document who attends existing informal games-related events, specifically meaning ad hoc events run outside of formal education settings. We chose to focus on GameCraft.

GameCraft is a volunteer-run informal education event which began in 2012. It runs day-long game jam events in various locations around the country for anyone over 18 years, and no prior experience is needed. People can make digital or non-digital games. They are often free to attend, or have a minimal cost.

Our survey was developed in discussion with colleagues in Canada, and we adapted some questions from the ESRI/Equality Authority 2008 publication ‘The Experience of Discrimination in Ireland’. The survey was constructed using the Bristol Online Survey tool. The questions, consent forms, and information sheets went through ethical approval in Maynooth University.

From Jan-March 2016 GameCraft ran one event in Dublin and one in Limerick. The GameCraft board kindly assisted us in publicising our survey.

While the number of for our survey is small, the results do provide some insight into current attendees at GameCraft events. They are also largely in line with findings from similar events like the Global Game Jam (GGJ). A 2013 survey of GGJ participants found that participants were 86% male, 56.5% were aged 21-29 years and 60% had a college or degree level qualification (Fowler et al., 2013). The same survey noted that almost half of participants learned a new tool during the event and most felt their skills improved.

44% of respondents reported seeing discriminatory behaviour directed towards another individual at a games event or online (not necessarily at GameCraft). The most common perceived reasons for the discrimination were gender (83%), race (75%), sexual orientation (42%), nationality (33%), religious belief (33%) and age (25%).

This finding needs to be understood in relation to the profile of the attendees. Very few women or people of colour, or non-Irish, were in attendance.

Further, this rate is quite high when compared to surveys of general discrimination conducted by the Central Statistics Office which in 2014 reported levels of around 12%. In national surveys the most common grounds for discrimination are age and race/ethnicity.

These initial findings indicate that more research needs to be done on this issue. We need to reach out to those who are not attending and understand why.

Overall, it would appear that while people who attend GameCraft have a mostly positive experience, the event is not attracting a very diverse audience, either in demographic terms or in terms of background skills.

Further, quite a few attendees have experiences of discrimination at online and offline games events.

Additionally, GameCraft is designed to promote the development of all games, including card and board games. Based on the survey and on observation at these events, the making of non-digital games is poorly taken up. Highlighting this analogue aspect of GameCraft might help to broaden the range of attendees.

Finally, it is good practice to have a code of conduct for public events and to have some means for people to make complaints if necessary. GameCraft have a code of conduct on their website but we think it would be good to introduce it at the beginning of events so that people who have not visited the website are aware of it. Making people aware of the complaints procedure is also good practice.

We have circulated these findings to the GameCraft board, and an academic report of the full findings is available for those who are interested. We have removed some of the detail to maintain the anonymity of attendees.

While we will continue to document existing events, we also hope to organise some pilot workshops with our partners which will explicitly target people who are not attending current events. Visit the gamedevelopers.ie and Coding Grace websites for further details or follow them on twitter at @gamedev_ie and @CodingGrace.

In the next two months we are supporting other initiatives, including working with GameCraft for their partner/child event at the Inspirefest Fringe in July, and supporting the AlterConf event in August.

If you would like to get involved in helping us craft diversity in games, please contact us at network-in-play-crafting-diversity-in-games@googlegroups.com. Ideas, resources, and time are all welcome.

We would also like to take this opportunity to thank all those who took the time to take our survey and to GameCraft for hosting us.

Joshua D. Savage is an independent scholar involved in research initiatives at Maynooth University and DCU. He has worked as a freelance writer and designer since 2011 and has researched games since 2001.

Dr. Aphra Kerr is a Senior Lecturer in Maynooth University. She established the website gamedevelopers.ie back in 2003 and she has been researching games since 2000. She is a collaborator on the ReFig project. 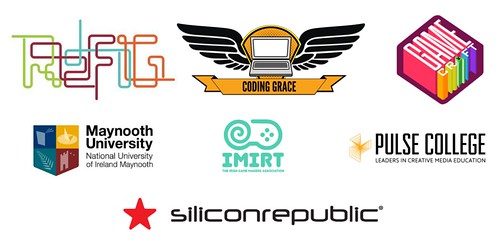